Violence against women committed by men, is horrible. It's degrading and dehumanizing.  Does anybody doubt this?  No?  Didn't think so.

Gosh, where could I be going with this?

Because we like to make "feel-good" laws based on knee-jerk emotional reactions rather than logic.  Because when we see the results of violence, this is typical of what we think:

I've been a busy old bee lately.  My WolfAlpha has been home twice - a most delightful disruption in my routine.  We haven't heard from Lance Criminal in four days and I'm not pleased by the fact.  Yes, I know he's at war, but I'm the MOM.  If I'm entitled to nothing else, surely I'm allowed to be "not pleased."  At least I'm not worried.  Much.  We also received some bad family news - I have a gravely ill in-law.  Out of respect for his privacy, I won't go into detail here, but if you have prayers to spare they would be welcome.

We did have a nice Valentine's Day.  WolfAlpha made pizza while I was at work, then we went to Starbucks for dessert.  I did wear my Gunwalker t-shirt, and it was noticed - a family of three was walking out as we were walking in, and the dad had a gun on his hip.  (I'm not fond of Starbucks coffee, but I want to support the company for it's public acknowledgement of 2nd amendment rights.)  Then we stopped at the Fanny May store for just a wee bit more dessert.  Trinidads are the food of the gods.

More politics to come, thoughts are brewing.
Posted by Unknown at 1:30 PM 6 comments:

I'm headed out to the airport to pick up my Wolf Alpha. (Maybe I should change his blog name...)  Four weeks is too long!  Hope he's not bringing roses because I want candy!  Yes I said it.

Lance Criminal has made it safely to his base in The Stan.  I hadn't heard from him since Monday - it's been a loooong week!
Posted by Unknown at 8:26 AM 6 comments:


This one grabbed me.  I have a problem with the concept of "weaker vessel," but not because it's inherently chauvinistic.  Christianity puts a moral spin on a natural truth.  Women's essential "weakness" is our biological need for greater security (hypergamy) combined with our emotional volatility (which inhibits our ability to rationally prioritize our needs.)  The moral implication is that we should either be condemned for it, or protected from it, because it is inherently BAD.  The Christian model assumes that we are like young children, incapable of using our nature responsibly without being micromanaged.  The result is that Christianity doesn't hold women accountable - we can't help it.  The white knight believes it's his duty to protect every woman from herself.  In reality, if he would lead her she would choose to follow, but he believes she's incapable of following.  Therefore  he ties her to his apron strings to keep her "safe."


Ironically, white knights are actually the very worst sort of "male chauvinist pigs," due to the depth of their blind condescension.  No wonder we secretly despise them.  We're drawn to men who lead and give us the OPTION to follow or not, and who allow us to suffer the consequences if we make the wrong choices.  Consequences are what motivate us to make the right choices.

"White knights are driven be ego as much as the most raw alpha male. White knights think they have a sort of game, that self effacement of men by men is seen as courageous, and rewarded as such by women. This is particularly effective on the internet, or in large groups such as church congregations or seminars where there are mixed gender audiences. These men conflate female approval with having insight into how to comport with females. These men are worse than Pavlovian.
But the positive feedback they get is actually making them all the more pathetic. They do not garner anything real. The nature of the compliments they receive from women are like the comments a man makes as he walks past a display of cool new power tools at Lowe’s." 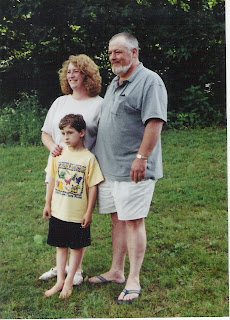 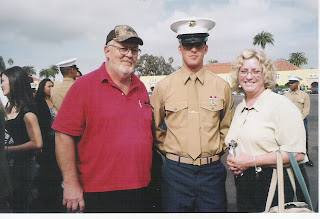 Oh the things we find while sorting through files... 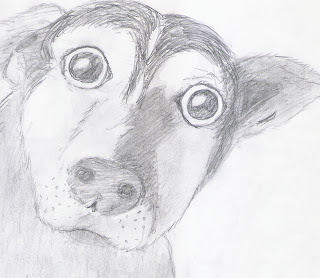 Lance Criminal made this sketch of Cal for me a couple of years ago.
Posted by Unknown at 7:47 AM 7 comments:

Some denominations call us Eve and some call us Mary, as if we are entirely one or the other.  Rather than explore and resolve the conflict by acknowledging we are both at once, Christianity buries it.  The overall message seems to be that we should be treated like Mary in the hope that we will try to emulate her, but God will forgive us for being Eve.  This is to occur in a moral vacuum, with no male leadership, as Adam and Joseph are gagged and duct taped to a chair in the corner.
Posted by Unknown at 6:39 AM 5 comments:

The Principles of "Game"

(A comment I made over at Dalrock's place.  Slightly edited.  I'm feeling rather pleased with myself...)


The principles of "Game," not necessarily every little “rule,” are in accord with human nature. Game is used as a charade primarily by pick-up-artists, who are “Alphas” mostly in sexual matters, but not necessarily in the rest of their lives.* For the average man, the principles of Game are natural once learned. Game can appear contrived because modern men have never been allowed to learn how to be “real” men. Men no longer presume any authority or superiority over women. (And “superiority” is legitimately debatable since the natural role of women has equal social value, even though it’s different, and usually easier.)  Even worse, these days nobody questions women's ludicrous presumption of authority and superiority over men.
Moderate Game makes betas sexier, not because it’s a sham, but because it brings them up to the level of attractiveness for which they were born. Feminist society has kicked low alphas and medium and higher betas, down the status ladder to where they’re on a par with omegas. We treat them as omegas and we teach them to act the part. What’s disgusting is that men must now read books and blogs to find out how they were designed to behave. Men who openly flaunt their masculinity are considered uppity, sleazy, and irresponsible.

*Among wild dogs, the human “alpha” would be an adolescent lone wolf – a guy with alpha potential, who has yet to establish his own pack, and who has been kicked out of his original pack due to his intolerance of the alpha’s authority. An alpha wolf doesn’t sit around on his fluffy butt all day, screwing anything that moves. He earns his territory, he earns his harem, he fights to protect his pack, he leads the hunt in order to feed his pack, and he teaches his cubs how to behave like proper wolves. Yet among humans we call this guy a "high beta." Go figure. The Game gurus are telling us some real truths about human nature, but you can bet they’re fiercely territorial and biased in favor of underemployed twentysomething sex machines.

Here are links to Dalrock and a couple of shockingly fascinating sites on "gender relations," from the side that usually keeps its peace.
http://dalrock.wordpress.com/
http://www.marriedmansexlife.com/     (may raise a few eyebrows)
http://heartiste.wordpress.com/      (may induce apoplexy)

For the sake of all humanity Gentlemen, learn some Game and teach it to your sons.  You'll blow your women's minds.  In a good way.